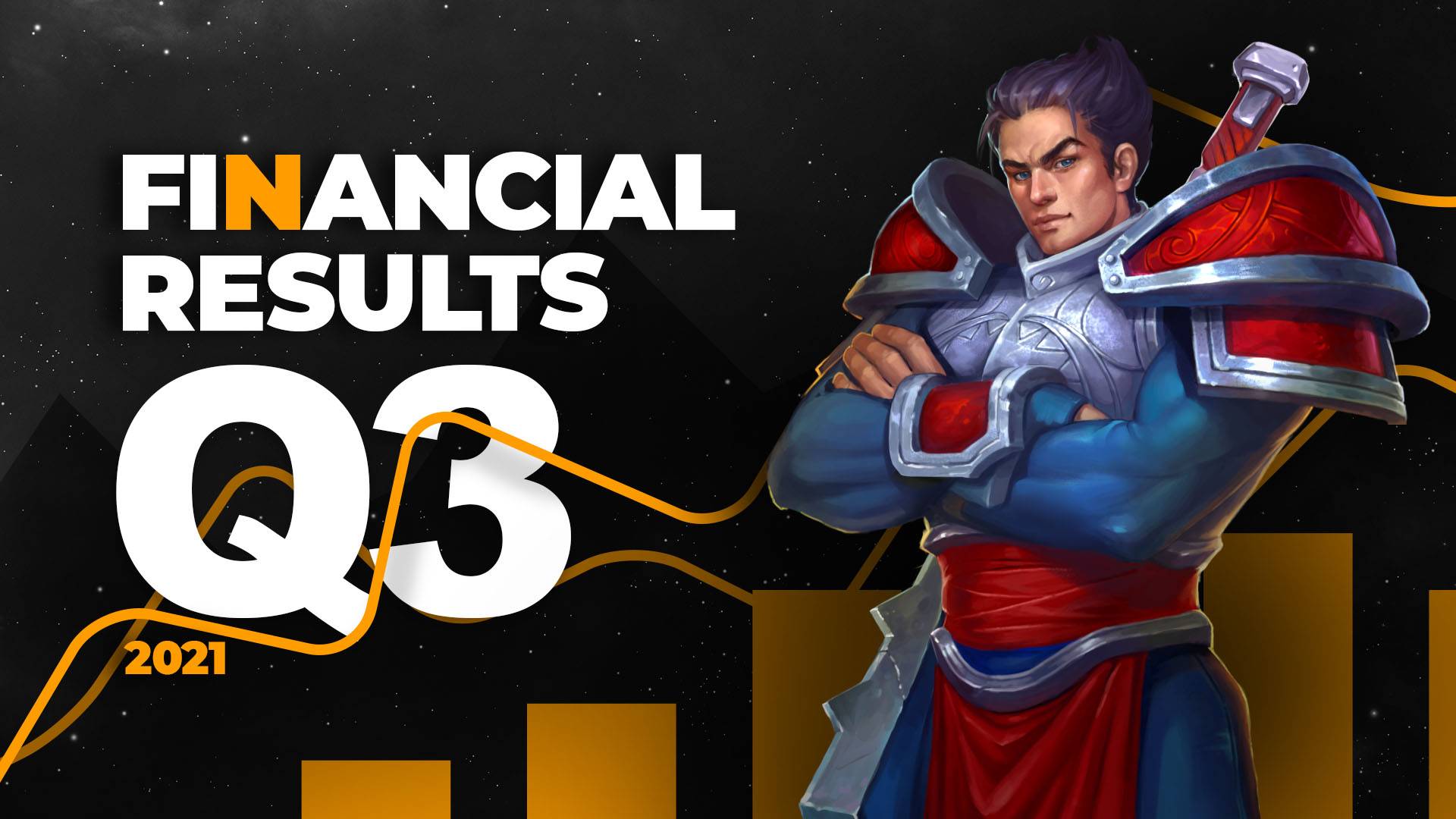 We have officially published data on our financial and operating performance in the third quarter of 2021.

In this period, Nexters have shown continued growth across the board and demonstrated some great results! We achieved a record high quarterly revenues of $115 million, or 77% more than for the same period last year, and our bookings for Q3 2021 grew by 29% year-over-year, reaching $151 million. The number of our monthly paying users increased to 371 thousand (+30% in comparison to the same period of 2020), and advertisement sales more than doubled, amounting to $9 million, or 6% of our total bookings.

We also saw substantial success on desktop platforms, where bookings grew by 55%. And Asia seems to be really embracing our games lately, since bookings there nearly doubled!

We  reached several milestones related to our games as well. Chibi Island, a new casual adventure game, was released back in July, and its total install base approaches 1.5 million. Our fantasy strategy game Throne Rush was launched on web in October as a part of an effort to diversify on different platforms and decrease platform commission. And the mobile version of our flagship title, Hero Wars, recently celebrated its fifth anniversary, while its lifetime bookings crossed a threshold of $1 billion!

Finally, we launched the Nexters Boost program that aims to provide smaller independent game developers with expertise and funding needed to finish & release their products and build successful international businesses. Since the program’s launch, the Boost team reviewed dozens of applications and already started negotiations with some potential participants.

To learn more, please refer to our press release: https://investor.nexters.com/press-releases