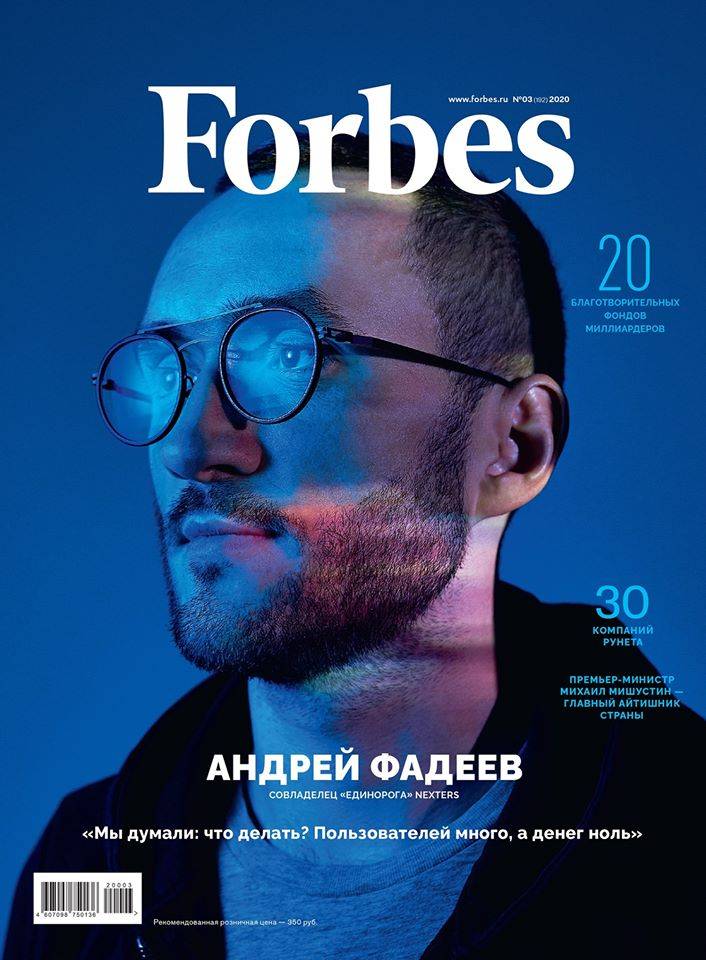 Our CEO is on the cover of the russian Forbes magazine! The March issue features a long article covering the history of Nexters and the company’s current state. We’d like to highlight some of the most exciting news found in the magazine.

The company started developing games in 2011, and their first title, Throne Rush, was released in 2014. The game turned out very successful and quickly became one of the most popular social games on the Facebook platform.

After several years of creating social network games, the company’s top-management decided to take a quick turn towards mobile gaming. This was definitely a good decision, as in 2019 almost 95% of the company’s revenue was already coming from mobile titles.

Moreover, Hero Wars from Nexters is now officialy the most successful game on the Russian market in terms of profit, being ahead of other popular titles including Brawl Stars.

This was an excerpt of the article originally published by Forbes magazine in Russian. You can read the original here: https://www.forbes.ru/tehnologii/393591-rebyata-sovershili-nevozmozhnoe-kak-rossiyskiy-razrabotchik-igr-nexters-za-god